From: Dr. Eric Zillmer (Director of Athletics at Drexel University) 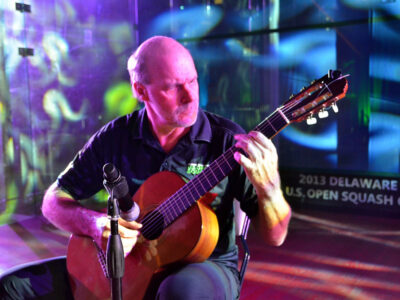 Hi Conor. It’s Eric Zillmer from Drexel University in Philadelphia. Thanks for checking out my classical guitar pieces. Also wishing you happy holidays and thanking you for everything you do for the sport of squash and creating community via the infrastructure of squash radio. You’ve been amazing.Listen, a couple of things about the pieces and maybe let me start with really my perception of the similarities between sports and classical guitar music, specifically squash. You know, I think they both celebrate the moment. You have to be in the moment to play squash at a high level.And certainly when you play music, you feel the same way. And maybe the anticipation of the next moment, which also becomes really important. We call that the mythical zone in sports or music. Also, this idea of mindfulness has gotten a lot of recognition I think in the sport of squash.

I also think they’re both very creative. Obviously, it is a celebration of creativity and freedom of expression. And from a neuroscience point of view, I would argue that both squash and a classical guitar music are both non-verbal. I mean, you can play an entire squash match and not say anything, unless, you have to say what the scores. The point of that is that both music in its classical form and squash have an underlying rhythm that people rely on and cherish and celebrate. And, you know, one of my dreams is to record this kind of rhythm of the ball hitting the glass during a pro match, and actually use that as a foundation of some music. I think that would be really cool.

And finally, you know, I think that they are both hard. I mean, it’s really hard to play squash at a high level and the same is true for classical music. It’s really one of the hardest things I do with my free time, but I that’s why I kind of like it actually, because of course, it challenges you.

A couple things about the two pieces. The first one is a Milonga from Argentina. It is written by Abel Fleury, a well-known classical guitar composer. I first heard this piece when I was traveling to Buenos Aires with my field hockey team. We were playing some friendlies down in South America and I really fell in love with this duo. And, I got the sheet music and I started learning it. And, it’s a great expression of South American music. The other piece, the second piece, is a Rumba. It’s somewhat adapted from a French composer (Thierry Tisserand) and, you know, we put some of our own licks on it, more pop ‘ish. But a Rumba is actually a Cuban form of music. It’s very traditional kind, like dancing and street music.

And, also this is a duo. I have a doubles partner, so to speak, in the classical guitar world. And, it’s easier to play doubles than it is to play singles. The same thing is true for music, but he is John Marcel Williams. He’s really one of the most accomplished musicians of his generation and is currently studying at the Curtis Institute of Music in Philadelphia, under the tutelage of Grammy-award winning artists, Jason Vieaux. And, he’s also a graduate of the Peabody Conservatory of Music in Baltimore, where he received his bachelor’s and master’s degree in music performance and studied with a very well-known legendary guitarist, Manuel Barrueco.

So, thank you again for catching up with me. Thank you for allowing me to introduce music into the squash world, although I just told you that squash is a music and, hey, thanks again for checking it out. Take care. Bye-Bye.

*************
Dr. Eric Zillmer is a thought leader on exploring meaningful ways to be happy during the COVID pandemic. He draws on his experience as an award-winning teacher, as well as his work and publications in sports, neuroscience, and the military, in order to provide a unique perspective on human behavior. He is the Athletic Director, the Carl R. Pacifico Professor of Neuropsychology, and a Licensed Clinical Psychologist at Drexel University and can be reached via zillmer@drexel.edu. 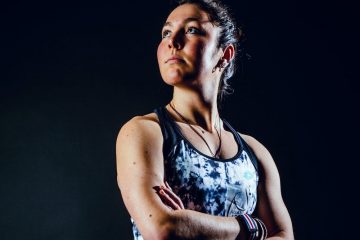 Squash Radio (SqR) sits down with  Amanda Sobhy, someone who really doesn’t need any introduction to the Squash Community, especially in the United States, bring the highest-ranked American in the Professional Squash Association World rankings Read more… 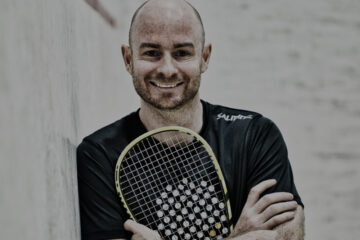 Jesse Engelbrecht is the current Director of squash at the Surrey Sports Park, specializing in coaching, management and consultation on all matters and levels of squash.  He is also the person behind the SquashMind app, Read more… 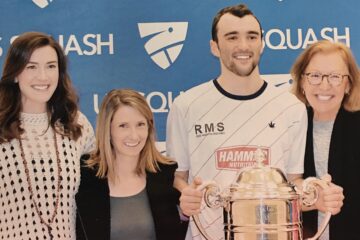 Do you spend enough time thinking about the ROI (return on investment) of a project, client or general use of your time? Some of us live by it, other 50/50 or even none at all. Read more…