In this episode, we talk shop with Jack Wyant who is the Head Coach of the Women’s Squash Team and Director of Squash at the University of Pennsylvania. Wyant recently wrapped up his 13th season coaching at Penn Athletics and led his team to back-to-back 2nd place finishes at the Collegiate Championships. 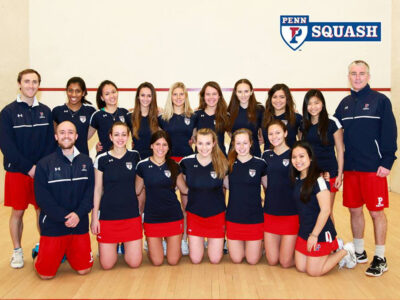 Jack is an experienced player himself, competing at the highest level in the Junior & College (Princeton University grad) ranks racking up National Championships at both levels. Wyant has also played for Team USA on Junior and Senior Teams but as a Coach led the U.S. Junior Girls to historic heights, earning a 2nd place finish at the 2011 World Junior Team Championships.

In our conversation, we focus on College Squash, talking through the recent milestone announcement to officially dissolve the current separate men’s and women’s associations and form a newly merged organization in partnership with US SQUASH but also spend a lot of time learning more about Penn Athletics and his squash program. We both thoroughly enjoyed bringing you this episode and look forward to having Jack on again as a future guest. Enjoy!