In this episode, we talk with Richard Elliott, who was the former Coach at Stanford University who’s women squash program has developed into a National Top 10 ranked program but Richard was there from the beginning when it all started. Richard has been instrumental in the growth of squash on the West Coast, he shares his experiences and perspective on the growth of squash at the Junior and College level.  Although we dive in deep about coaching, so many of these philosophy’s and principles apply towards life in general. 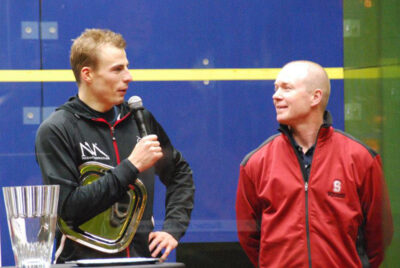