#26 Gilly Lane: How to drive Team USA and PENN Squash to new heights? By listening and Leadership

In this episode, Squash Radio (SqR) connects with Gilly Lane who has been at the peak of Squash in the United States for over 20 years. 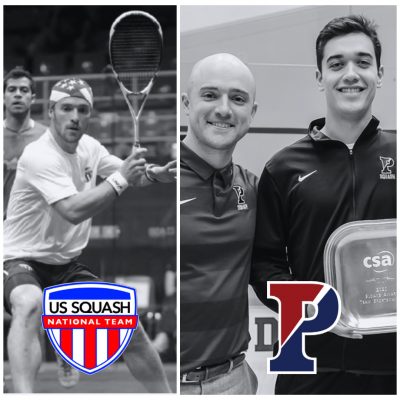 We invited Gilly Lane to share his expertise in coaching and leading a team. He has travelled the world playing against the top squash players as a professional athlete. Gilly has been the Head Coach of the men’s Squash program at the University of Pennsylvania since 2016, and the head of the US Squash Academy since 2012.

In this episode, Gilly will talk about how he manages and leads the PENN Squash Team and his passion for teaching by experience. He will also share his story as a Team USA player and how his experiences helped him build his future and shaped his leadership style and views.

Learn his strategies in coaching and his views on leadership through this episode!

This episode of Squash Radio sponsored by ProSportLED – the most advanced lighting technology for sports.