For some quick background on our guest in this episode, here’s an overview:

We talk with David Kay, who is the CEO of MetroSquash, a thriving non-profit, after-school, youth squash program based in Chicago. During his 15 years at the helm of MetroSquash, he’s helped raised millions of dollar, built an permanent 10 Million home for the program, including 8 Squash courts, office space & classrooms. They have expanded locations to include programs on both the North and South of Chicago.  The Team David works with has over 20 staffers, more than 100 volunteers, a 40 person Board of Directors with an Auxiliary board of 60 people. 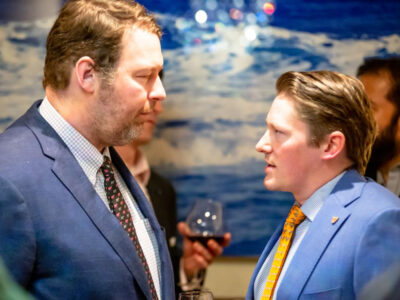 All this is done, to help enrich the lives of more than 400 students. Most students join the program in middle-school, where MetroSquash Team (and Teammates) will be together through High-school, College and help launch their careers.

David is originally from Canada, and he rose through the the ranks of Junior Squash. Earned a spot to attend Princeton University, where he helped them win a National Team Championship.  After college, he continued to pursue Squash become a Teaching professional, a Head College coach as well as soaring to World #2 on the Pro Doubles Tour.

David has always thrived on pushing himself through challenges which includes getting an MBA while working, in Karate getting the Brown belt, with black tips, traveling to all seven continent and even climbing Mt. Kilimanjaro.

David is a deep thinker and a doer who pours his energy into bettering himself and others to help make the World a better place for MetroSquash Students, their parents, alums, the staff, volunteers, board member and auxiliary board. We hope you enjoy the conversation!