Squash Radio is bringing the ‘inside’ of squash to life by serving up the best stories from Squash World. Today we sit down with Christopher Gordon, a New York City native, and talk about his career on the Professional Squash Tour (PSA) to share his experiences as a Top 50 ranked tour player. Gordon has distinguished himself as one of the most decorated Team USA members for squash, with five World Team Championships, three Pan-Am Games, two World Games Championships, two World Junior Championships and a handful of Pan-Am Fed Cup Championships. In addition, 2013 marked the end of the Julian Illingworth’s eight year winning streak when Gordon raised the trophy for himself to become the U.S. Champion. 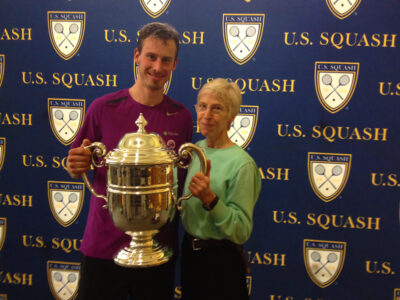 Beyond his amazing on-court performances and results, Christopher has been a tremendous ambassador for the sport of Squash. He has done countless exhibitions all across the U.S. and across the globe, has been a commentator for PSA Squash TV, and has emceed the Delaware Investments U.S. Open.