Welcome back to Episode 11 of The Break Down! By popular demand, Conor and Bill welcome back Squash TV’s Paul Johnson, otherwise known as PJ Squash. Obviously there is a trend towards becoming a coach once the professionals players retire from the game, but today’s episode looks at some of the other job

s you can do in the sports world that don’t require playing on the field, from beer vendor and hotdog taster to golf caddy and everything in between! With his drink of choice in hand, PJ weighs in on the only other positions he would consider and shares why he believes he already has the best job in the world. We outline some well-paid jobs, including being a coffee maker for a Premier League team or the head squash coach at Yale University, and we reflect on why being an athlete is probably still the best job in sports. Tune in today!

Highlights: (time indicated is from the start of the main show.  Does not take intro it ad’s and intro’s)

“It’s the lack of recognition and the lack of fame that the caddies get with the comforts of the financial reward, that, for me, would be [ideal].” — Paul Johnson [0:15:54]

cher. Someone who literally just warms up the catchers in the bullpen and that is all he does.” — @SquashRadio [0:20:15]

“In the world of squash in the United States, I can’t imagine there would be a more sought after job in the [US] than the head squash coach at Yale University.” — @SquashRadio [0:31:30]

In this segment, we will be sharing the feedback, comments, insights, you name it!  So reach out us on social media or email squashradio@gmail.com. As always, thanks for listening! 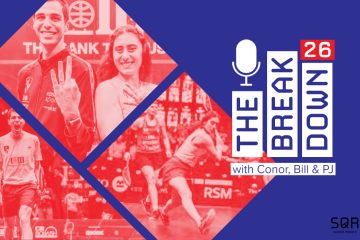 Welcome back!  After a long hiatus, Conor , PJ and Bill are back to break down all the controversies from the World Championships. From Hammamy tweets to El Shorbgay’s latest grievances, PSA TV bias, rude Egyptian fans, Read more…

THE BREAK DOWN (TBD): #25 Our favorite live music experiences of all time & Squash photography. Joined by Chris McClintick Communications Director at US Squash.

Conor, PJ and Bill welcome the foremost squash journalist and photographer in the country, Chris McClintick, who, when not covering every US Squash event, the Oracle Netsuite and the Tournament of Champions, indulges in his Read more… 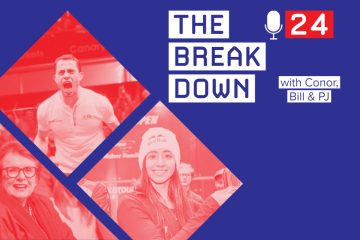 Welcome to TBD #24! While lamenting the absence of their co-host Paul Johnson, Bill and Conor forge ahead discussing the recent Windy City Open, Bill’s appearance on his new friend Barry Gibbs’s In Squash podcast, Read more…